Today is Pi Day, so deemed because it is 3/14. Technically since it’s March of 2014, it’s Pi Month.  I’m not sure if anyone else is calling it Pi Month except me,  so you heard it here first if it becomes a thing.  Of course, I never know when something becomes a thing, unless I overhear my kids talking about it, then I have to google it to figure out what it means anyway.  My husband calls it the nerdiest day of the year, so of course I love it.  I think it is closely followed by May the 4th, Star Wars Day, another personal favorite.  All of my children are big fans of Star Wars, Legos, and science fiction.  In fact, yesterday, my little guy told me he wants to be an astronomer.  He was so excited to share what he had learned about Neptune (did you know it has one very thin ring?) and Jupiter’s moons.  My littlest daughter piped in about Venus’ atmosphere and her plans to convert it to livable planet, and I couldn’t stop smiling at their enthusiasm.  Science is their favorite subject, closely followed by recess, I believe.

When I was growing up, being called a nerd was an insult.  Wearing glasses was not cool.  Now it is considered cool to wear glasses to the point that people wear big glasses (the kind I was forced to wear as a kid because that’s the only kind they had back then) with fake lenses.  There are whole websites devoted to being a nerd with products galore to celebrate geekiness. It gives me hope for my kids who through the cruelty of genetics, all wear glasses.  Of course their glasses are much cuter than mine or my husband’s ever were.  It also gives me hope for this generation that perhaps a world that can celebrate the power of pi, can be a world that supports a little boy who wants to be an astronomer and a little girl who wants to be a Venutian gardener.

Today I am thankful for a world that celebrates nerds, geeks, and pi even if it is only for 1 day.  I am grateful for this world of wonders full of comets, planets with only 1 thin ring, and children who can see the glory of God in the starry night. 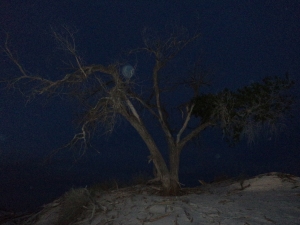 3 thoughts on “The Nerdiest Day of the Year”